It is succeeded by New Style Boutique 3: Styling Star, which released on 24th November 2017.

The player begins by entering their name and birthday. The game then continues with you opening a letter from your grandmother, which contains a key to a dollhouse. You unlock the door and a tiny girl steps through. She is initially confused as to who the player is, but soon realises they must be Elaine's granddaughter. ...

Though many of the brands remained the same as they were in New Style Boutique, Miss Ribbon and glam styles as a whole were removed. Zip Line was replaced by streetflow, and Bubble Pop was replaced by April Bonbon. Also, Soy's style was changed from ethnic to boho-chic. Helion, Dept. 9, Markus & Corman and the men's part of Basic U are not seen in-game, (due to men's fashion being removed) but they can still be accessed in the "Other" part of the title screen.

Please note this section is for brief descriptions of the main characters.

Go to the Locations page here

Certain amiibo figures can be used with the game to create outfits based on their appearances.

New Style Boutique 2: Fashion Forward received a general rating of 76/100 on Metacritic. Critics praised the amount of content in the game but expressed disappointment at the removal of men's fashion, as well as its repetitiveness, calling it a "step back" for the series.

A demo for the game was released fifteen days before its release. In the demo, you are welcomed to Beaumonde City by a friendly girl called Sophie. By helping another girl named Hope look more like her role model Callie, the player may try out three of the five occupations offered: boutique managing, hairstyling and make-up. The demo has 30 uses and each time it is played the player must start from the beginning, unlike the demo of the previous game.

From November 2015 to May 2016, fashion contests took place on Miiverse. Users had to create outfits according to a theme, chosen by Luisa from Nintendo of Europe, who was also the judge. The winner was featured on social media and on Miiverse. 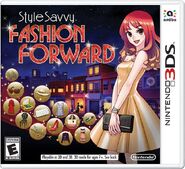 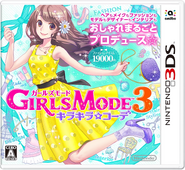