Rosie Mayfield (Japanese: 桜野やよい Yayoi Sakurako) is one of the main characters in Style Boutique 3: Styling Star. She is a pop star who works under NIN10 Productions.

Rosie has strawberry blonde hair that is styled into a shoulder-length bob. She has fair skin and wears pink contacts. Her favorite styles to wear are girly and rock.

Rosie is a very kind and down to earth girl. When the player first meets her, she comes across as very clumsy and shy. However, she is a very hardworking and ambitious girl who is determined to become a pop star. As she advances in her career, she becomes less clumsy and gains more confidence in herself. She idolizes Angélique Noir, being inspired to follow a similar career path as her after learning that she comes from a farming family as well. She is also accustomed to being around animals due to growing up around a farm and has even developed strong bonds with them, treating them like family.

Rosie was born to a family of farmers and raised in the countryside. She grew up with a brother, a sister, and the farm animals. Before moving to the city, she attended school with Camilla and befriended her.

Rosie first meets the player while they are leaving their apartment. During this interaction, the player is given the opportunity to name the city in which the game takes place. She later returns to the shop to buy a casual dress, introducing herself to the player while she is there.

Soon after her arrival, Rosie learns that NIN10 Pro is holding auditions. She buys an outfit from the boutique to wear during her audition, which she attends the next day. Despite being rather clumsy during her audition, she still passes, taking singing and dancing lessons from NIN10 Pro. Shortly after her acceptance, she gets a part-time job working with the Florist.

For her first performance, Rosie sings Flying Shiny Day if the player styles her in a girly outfit or Ready Go!! if she is given a rock outfit. This performance takes place at the Open Plaza. The song she sings proved to be an overnight success, getting into the Top 10 and launching her into stardom. Her new fame even gave her a chance to meet Angélique. However, she is still rather clumsy, tripping and falling in front of her when they meet. She becomes upset and embarrassed by this incident, but comes out on top with more confidence in herself. After this, she gets an endorsement for a watch ad and an opportunity to perform her song again at the Outdoor Festival. Here, she gets an autograph from Angélique and apologizes to her about the incident from when they first met.

Despite her success in the city, Rosie still starts to miss her family in the countryside. The day after her performance at the Outdoor Festival, she visits the boutique for a basic outfit to wear during her trip back home. When she comes back, she has to attend an event for the watch brand she represents and buys an outfit with a party dress to wear there from the player's boutique. At the event, she meets Angélique again and tries to give her a bouquet, but falls over again while handing it to her. She apologizes for the incident and gives her a little cow ornament to make up for her mistake. Angélique forgives her, later inviting her and the player to come on holiday with her to the beach. After chatting with each other, the three attend a dance party on the beach in matching outfits.

When Rosie returns from her trip to the beach, she gets a deal with Marzipan Sky or StageDive as their new poster girl, depending on the style of her debut song. The player attends her photo shoot and gives her an outfit to wear. At first, the photo shoot isn't fruitful, but when they move locations, the photo shoot is much more successful there. Her gig as a brand representative also allows her to attend a party for said brand, for which the player sells her another outfit for.

Soon after the garden party, Rosie stars in another performance, this time at the Concert Hall with a new song. She will sing Higher Higher or To the Future if the player gives her a girly or rock outfit respectively. To promote her new show, she gives everyone at the Florist tickets to come see it. After the performance, a party is held and she wears an outfit consisting of pieces from PURPLE MOON. Her ever-growing fame results in her getting the opportunity to star in Oliver's new television series, for which she buys a chic outfit from the player's boutique. During the shooting, however, she becomes upset about a falling-out with Camilla, who felt that she was too famous to continue being friends with her. She later attends a charity event in which she would sing her latest song, but is upset that Camilla wasn't coming. Before her concert, she tries to find her one last time by doing her fan chant on stage. When Camilla responds, she is invited onstage and the two have a heartfelt conversation before performing together. After the concert, the two visit the player's boutique requesting outfits for a theme park, inviting them to come along as well.

After noticing how successful Rosie, Yolanda Artemisia, and Alina Golding have all been in their idol careers, Ethan from NIN10 Pro decides to form a group with the three girls. At first, Rosie and her new teammates are skeptical of the idea because they all have different styles from each other. Their first performance together is unsuccessful, leaving them to try and think of ideas about how to make their group work. When Rosie talks to Florian about the issue, he suggests a girls' night to help them bond. She, Yolanda, and Alina all agree to the idea, buying matching feminine outfits for the three of them to go out for dinner. After they have a successful night out, they decide to buy girly outfits for a day at Rosie's farm and gothic to go watch a WARS movie.

Once the three girls form a strong friendship with each other, Johann writes Ring a Ding, the song that they will perform together. The player then designs a custom T-shirt for everyone else to wear and gives the group a name. Their performance at the Open Plaza is highly successful, catching the eye of Style Boutique magazine. The group participates in a photo shoot for the magazine and is even nominated for a prize at the Style Boutique International Event. The girls want the player to design costumes for them to wear to the event, with Rosie wanting a girly look accompanied by a ribbon in her hair. At the event, their group wins the top prize, which they give to the player character for helping them achieve their dreams. After the award is handed out, they all perform their new single Bravo together. 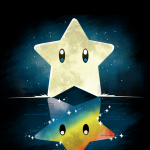 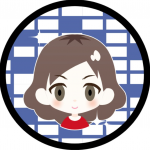 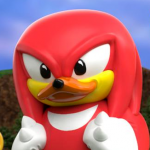